An Insight Into Dada’s Intention behind the Concept of Trimandir

Param Pujya Dadashri observed that the world’s religious paths and sectarian groups had developed ‘mine versus yours’ prejudices, which had become a source of conflict within society, thus supporting sectarianism. With the intent to remove these differences and bring religions back to the seat of the Soul, Param Pujya Dadashri conceived the Trimandir, or three-temples-unified-in-one, for impartial reverence, the distinct non-sectarian temple in India.

In all the Trimandirs, Gods of Jainism, Shaivism, and Vaishnavism, along with Gods and Goddesses from other religions, share equal reverence on the same platform.

Building a non-sectarian temple is Param Pujya Dadashri’s symbol of salvation. He dreamed of a time when 24 Trimandirs would be constructed. Today, his dream is in the process of materialization.

“Instead of pursuing liberation, or the Self, people have become involved in separation caused by differences in opinions, also called matbhed. These people say ‘our religious view is correct,’ while others  say ‘no, our religious view is correct.’ In this matbhed, the Self and all matters related to the Self have been lost. The purpose of the Trimandir temple is to shatter matbhed. A collection of all the religions has been established here, and this temple will become a place of pilgrimage.”

Dadashri also described several benefits for the visitors doing devotional viewing, or, darshan, of idols and also conducting prayers in a Trimandir:

“At the fundamental level, Trimandir’s visitors will experience blessings (ashirwad) and spiritual energies (shaktis) from devotion towards the Gods and Goddesses. Next, they will automatically experience unbiased devotional viewing, called nishpakshpati darshan, which will cleanse any religiously divisive intent (matbhed bhav) of their previous lives. Finally, visitors will gain benefit for their spiritual progress. Doing darshan in the Trimandir has the power to free sincere devotees from suffering and worries, and offer them access to Atma Gyan (Self Realization) and liberation from the cycle of birth and death (moksha). 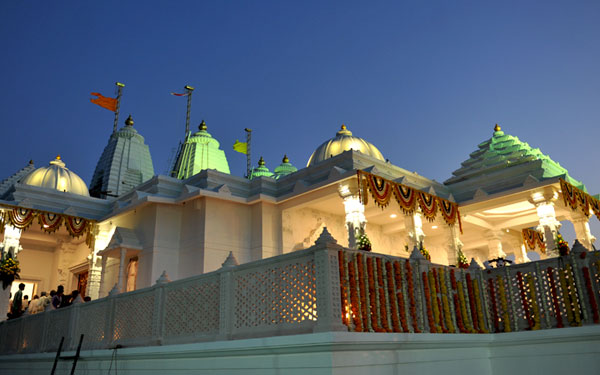 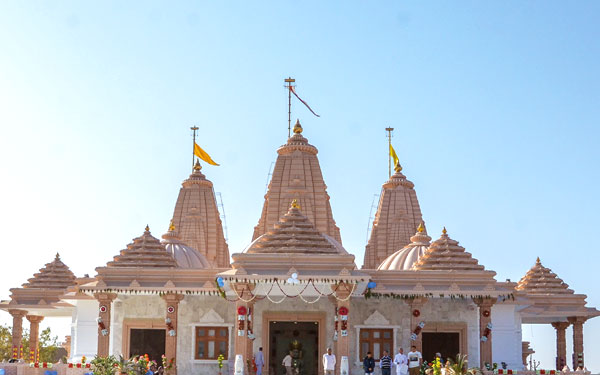 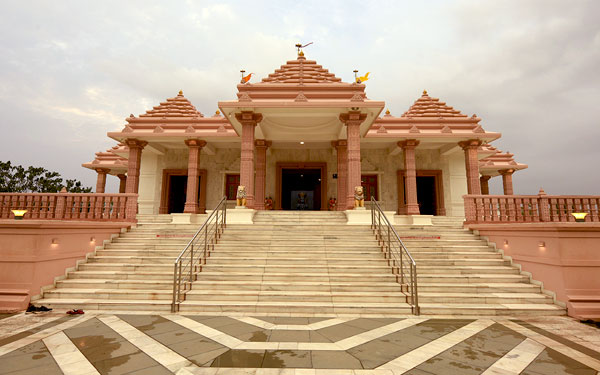 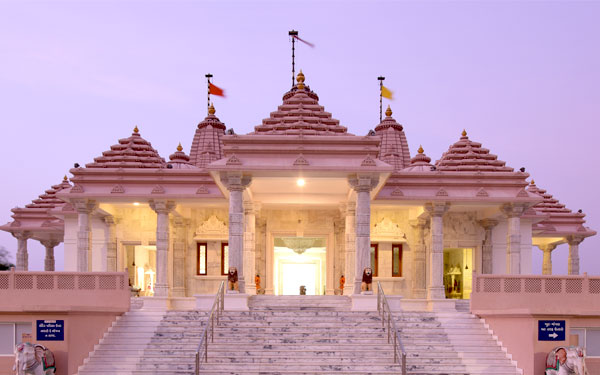 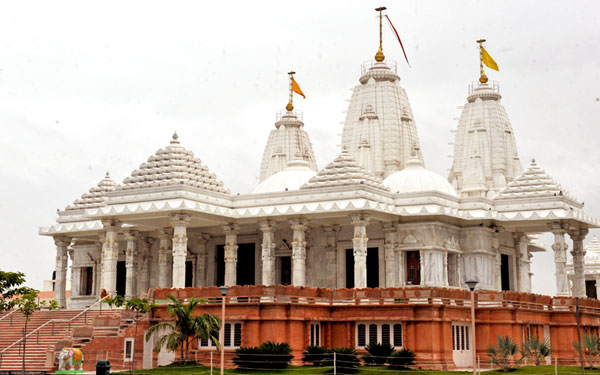 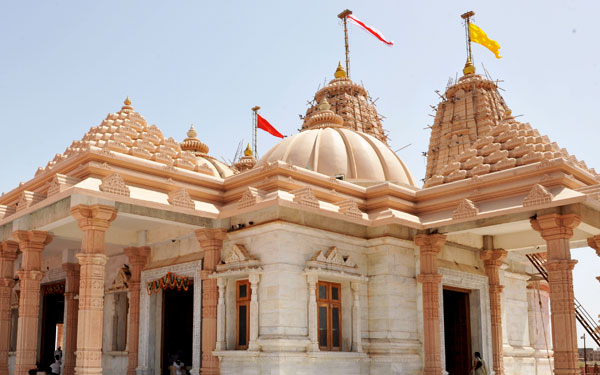 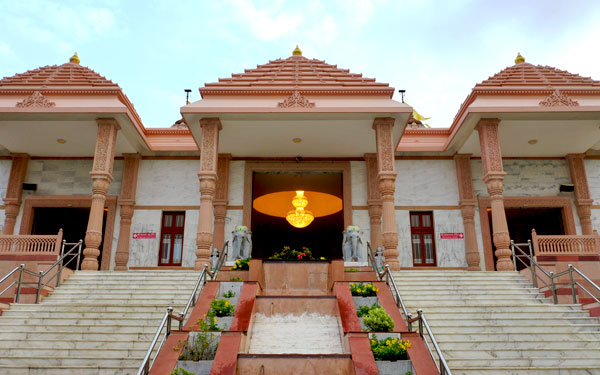 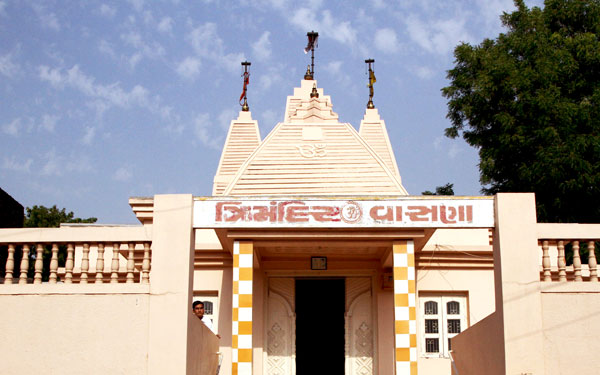 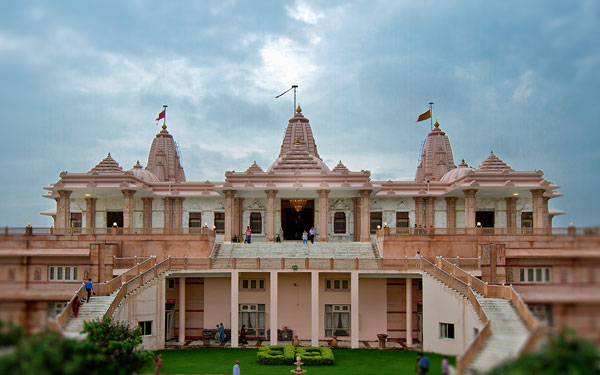 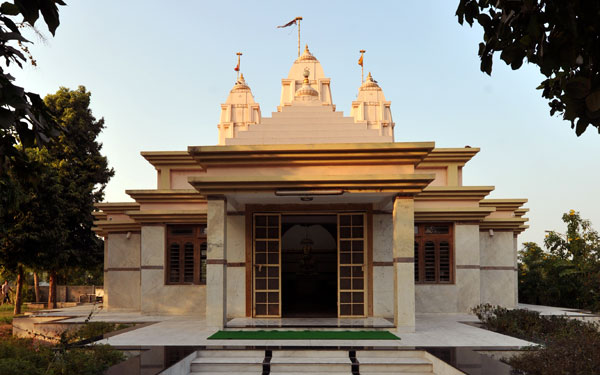 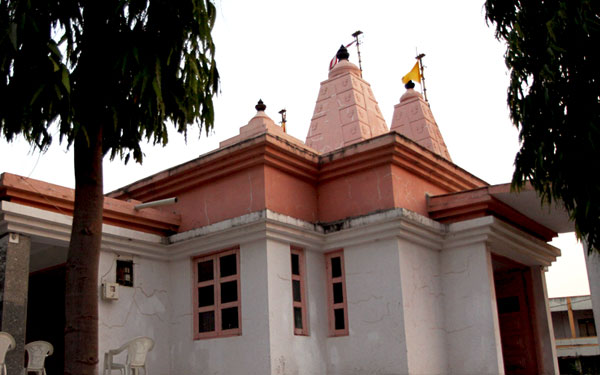